No items found.
Product is not available in this quantity.

So, apparently I'm a runner now? 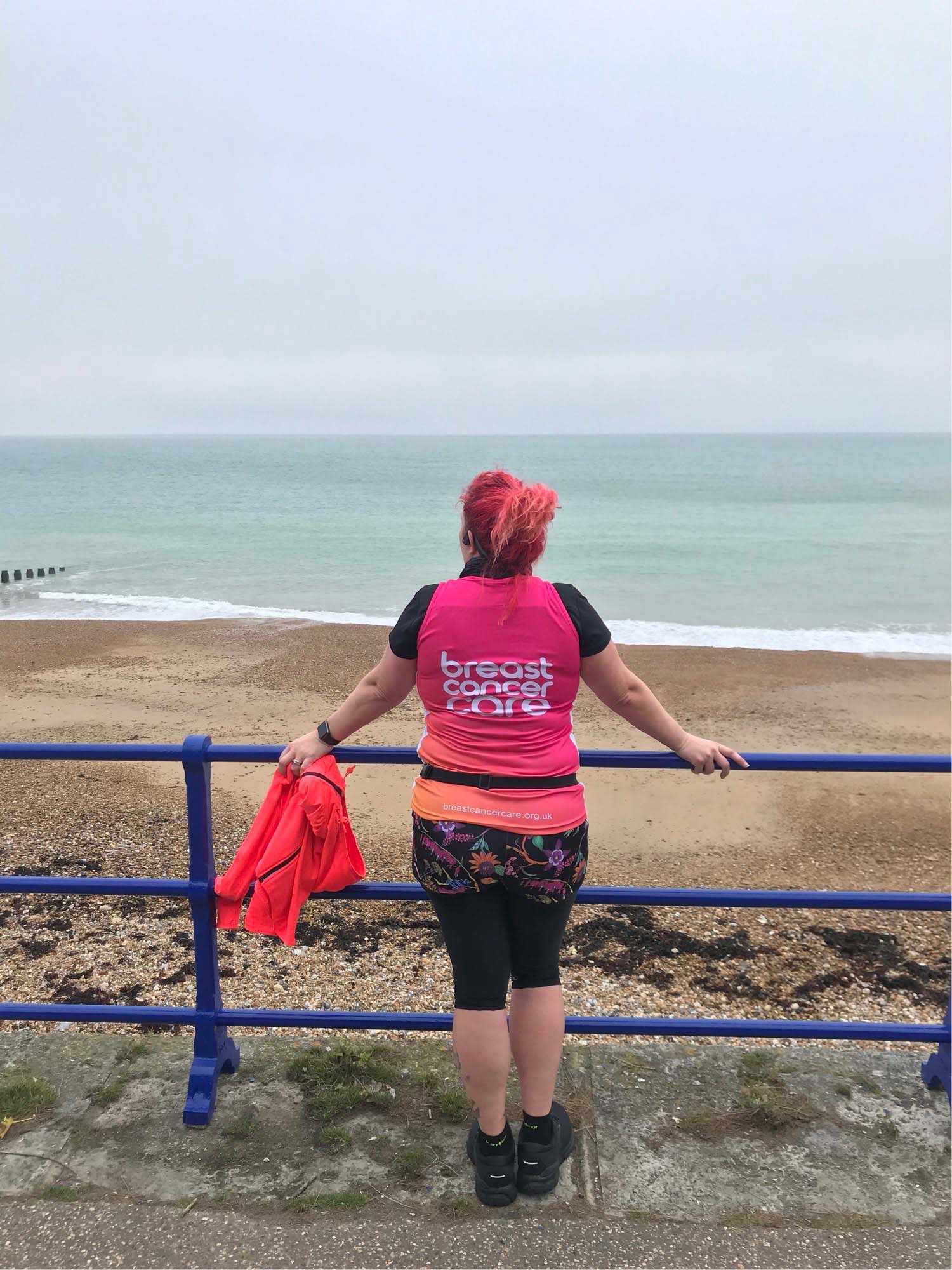 Hi, thanks for visiting,

I’ve written this over on my Virgin Fundraising page which you can visit and donate on HERE (opens in new window) but I thought it might be nice to document it here too.

I’ve sat down to write this out now five times, I’m just going to have to try to wing it and embrace the waffling way I type and think because otherwise I’ll never tell anyone what I’m doing and I’ll never raise any money for a charity that I’m really grateful for.

So yes, it would appear that I have become an ATHLETE.

Yes, yes you read that right!

I am now an actual athlete 😂 A RUNNER... okay more of a plodder but a happy plodder.

Yup, I now own the unflattering sweat wicking clothing (someone please make attractive plus sized running gear), the industrial sports bra, the compression leggings to minimise too much bum jiggle, I now perpetually ache, use a foam roller and Epsom Salts constantly and have been indoctrinated into the world of running related flesh/nipple chaffing and a fear of experiencing the dreaded ‘Runners Trots”.

Since I’ve pretty much become a total antisocial hermit then only a few of you on here will know what I’ve been attempting to do and why I’ve felt the need to do it.

I NEED YOUR HELP!

Erm, feels very awkward sharing this but I need your help because people...

What the actual f**k.

Yes I’ve waited a long time to share it and start my fundraising...

Maybe I didn’t actually believe I’d ever manage it?

Maybe I was worried people would laugh?

Both of those and also the fact that the inspiration behind attempting this overwhelming task is my lovely Mummykins, and it still felt too raw to share the reason why with many people until now when things felt a bit less raw.

My Mum has always been inspiring (yes Mother I’m fully aware that you’ll be cringing when you read this!) but when last Autumn she was given a diagnosis of breast cancer which resulted in several surgeries and a soon to be started course of radiotherapy she inspired me even more with her resilience.

I won’t embarrass her too much by oversharing but any of you who know my Mum in person will already know what an incredible woman she is, so it’ll come as no surprise that just like every other tough time she’s had to face, she’s tackling this too with her usual wonderful, dark sense of humour, ‘let’s get on with this’ mindset, and maybe the ‘occasional’ glass of wine/ night out with friends too!

Basically as always she’s my (s)hero.

But why am I running for this charity when there are so many great charities doing such great work?

When things all felt really scary and overwhelming and I had all the questions whizzing around in my head late at night I stumbled across and found so much support from the charity Breast Cancer Care.

They have such great resources available and it’s meant that I could geek up and try to support my parents as practically as possible without having to ask them to repeat all the information the Dr’s share.

I’m also in the process of undergoing genetic counselling/screening too which has been quite a lot to process and so yet again I’ve found so much useful information on their forums and website.

I’m really grateful that they exist because the internet is not always a good place to go seeking out information when you feel vulnerable.

So, I signed up to their newsletter as you do and I happened to go onto my emails while I waited anxiously for Mum to come through her first surgery and then I saw that they were looking for charity runners for The Big Half Marathon in London... half the marathon route.

They said it was beginner friendly and offered training plans, what can I say, I like a challenge.

I had a quick look and the cut off time to complete it was four hours, I hoped I could shuffle and walk it in that time, texted a dear friend who is a seasoned marathon runner to ask her if I was totally bonkers and when she said “GO FOR IT, you can do it!”

(My lovely friend Vicki, if you’re reading this… does this mean I get to blame you now? 😜😽)

I will say that am very lucky to have a husband who likes building sheds and a father in law with a trailer because a few weeks later we took delivery of a second hand treadmill and ever since then for the last sixteen weeks I’ve been in there plodding away. My anxiety has meant that running outside in public just felt like a step too far until I'd built up some confidence to face being in public.

I can honestly tell you that it’s been one of the toughest and the most rewarding things to do and it’s helped my very, very wonky head over the Winter months as I fell off my mental health perch a bit and became EVEN more antisocial than usual, I really have learnt a lot more about myself (and how stubborn I am) than I’d intended. If you'd have told me that I could run 18 KM on a TREADMILL without losing the plot I would have just laughed at you!

Running (well Running/Walking/Running - or ‘Jeffing’ (to learn more just Google Jeff Galloway) has given me a major sense of purpose when in all honesty I’ve felt totally helpless/useless/powerless at times.

So, I set myself an initial time of being in front of the road sweepers at four hours (after that time you get swept up and no medal) and now having been following a few training plans and listening to my body/taking it slow and steady I’m now contemplating that IF my dodgy Achilles heel holds up I may even get round quicker than that.

But honestly the last sixteen weeks of commitment to lots of training/strength and confidence building and just BEING in London for the first time in years with thousands of people and avoiding a panic attack in itself will feel like a big achievement.

I know that my body can run/walk/run it as long as nothing catestrophic happens and if I can avoid any lurgies over the next few days, it won’t be pretty or easy but I’m (possibly naively) hoping the atmosphere will give me a boost on the day? It will be my tricksy mind that I'll be working hardest to convince to keep going.

I’m not going to lie though, I attempted to cover 20k as my last big run a few days ago and a combo of recovering from a nasty virus and my twangy Achilles being quite sore meant that for the first time in sixteen weeks of running my mind went a bit dark and negative/scared I’d make the pain worse and I had to walk more than I would have liked BUT I did it still and in less than four hours so it’s not all bad 😜 so I guess unless something crazy happens I WILL be giving it my best shuffle on the day and hoping for the best and to come in infront of the Road sweepers!

Which leads me to the part I’ve been really nervous about, as asking for help doesn’t really come easily to me but PLEASE CAN YOU HELP ME?

Three ways that you can show me some support if you want to.

1) Obviously I would be so proud to raise as much as I possibly can for the amazing charity that I’m running for, I’m committed to raising £300 which feels terrifying but I’d LOVE to smash that target and help them get closer to their target for this event.

I kept bottling sharing this out of fear of not being strong enough to manage it mentally and physically but I’ve been really training quite a lot, managing at least three runs a week so I guess I’m as ready as I could ever be going from couch to 21k in 17 weeks!

2) For the last two years I have created artwork celebrating International Women’s Day on the 8th Of March (also my Mum’s birthday coincidentally) and each time I have donated money raised to a nominated charity.

This year I’ve been so inspired by my running experience that I’ve created one celebrating just some of the women who have inspired me. I need to make a second one because there are SO many more that I’ve found but couldn’t fit on this one.

So, apparently I'm a runner now? 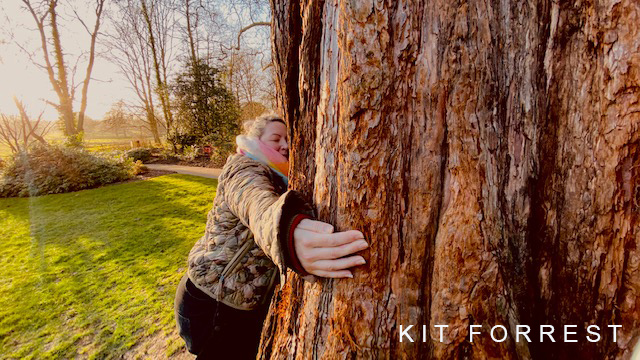 The Act of Noticing

By
Kit Forrest
K I T   F O R R E S T
Visit
1 - About2 - New Work3 - Portfolio4 - Journal5 - Contact
Read
The Act Of NoticingSo I'm a Runner Now?Why Is It So Hard To Get Started?
Buy - {coming soon}
Available ArtworksCourses + Workshops
Do
Sign up to my newsletterFollow me on Instagram
Unless specified all images on this website are the property of Kit Forrest, if you'd like to use any of them contact me here, I promise I don't bite, it's polite to ask.